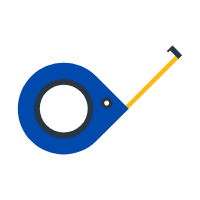 If your home has damage due to a fire, flood or another type of disaster, you'll need the help of a repair and restoration company. We don't work in this industry, but we do know how this type of service can be a lifesaver during an emergency. We've interviewed company personnel and read about the various types of services they perform. When you browse these posts, you'll discover more information about the important jobs they do, such as cleaning up the home after a disaster and restoring personal belongings. After reading this blog, we hope that you'll understand the value of repair and restoration companies, and how they can help get your life back to normal after a catastrophe.

When planning renovations for your basement, there …

Staining a deck for the first time can feel like a …

Yes, the longer water remains pooled inside a buil …

The Value of Repair and Restoration Companies

Yes, the longer water remains pooled inside a building, the greater the threat. However, this concept does not mean that water damage cannot occur even when the water is removed rather quickly. It only takes a short amount of time for long-lasting damage to become an issue and even worse, the damage is sometimes hidden. Learn about some of the hidden signs that often indicate an office building has sustained water damage, even after the water has been removed.

Always pay attention to any new odors you detect within the office. Stagnant water always has an unpleasant odor, and it often comes in the form of a musty odor. Generally, when this odor sets in, it is mildly detectable, but then as time goes on, the odor becomes stronger.

This scent is often an indication that there is mildew forming, and in a short time, it will likely turn to mold. As the scent grows stronger, it can begin to cause issues for your employees in the building.

Look at the color of the wall and floor in the room where the water was present. The first thing you want to look for is watermarks. These marks are common when there is still moisture present, which means that the surface will appear wet.

If the moisture is not present, look for yellow or brown staining. Often, once the moisture has dried up, it will leave behind a stain in either of these colors. If you see any discoloration, just know there is moisture behind a surface that you cannot see.

Always pay attention to mold. Typically, this indicator will be one of the last things you see, as it often takes some time for mold to form. Mold can show up on flooring, on walls, and on other surfaces inside the building, including office furniture. However, no matter where you discover it, it is imperative that you take action.

Mold is not an indication of a past moisture issue, it is an indication that there is a present issue with moisture. More than likely, the bulk of the moisture was removed from the building but there are still pockets of moisture that have remained undetected.

If you recognize any of these issues, it is a good idea to speak with a restoration professional water damage company, such as Quick Dry Austin, to have your building inspected and learn what steps you need to take to rectify these problems.